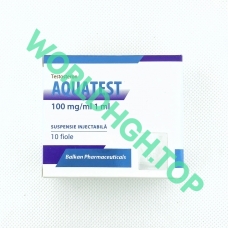 Mibolerone literally might be one of the most powerful androgens ever created, so much so, is approximately six times stronger than testosterone and almost three times as potent of an androgenic compound.

This is supposed to be used by serious, serious athletes; such as those looking to do fighting or powerlifting, in other words, short bursts of intense focus, explosiveness, and power. There are some bodybuilders who do vouch for its effectiveness, especially in the pre-contest time period or at the end of an off-season. But keep in mind; while it could be used in those rare instances, this is not a drug you’re going to find in bodybuilding circles. Once you learn more about it, you realize it just isn’t that great for those purely concerned with bodybuilding.

The drug only has a half life of about 4 hours tops, and in terms of the timing of when it’s administered, this is typically about half an hour before a serious competition. Keep in mind, it’s extremely powerful, so much so that it’s one of the few steroids that people take in micrograms rather than miligrams.

While “internet experts” might claim that Mibolerone aren’t estrogenic, they actually are. Very, very estrogenic. This anabolic steroid can create so much aromatase activity, and it is also progestinetic as well. Because it’s rarely used for long durations, however, most of the time, those estrogen-related side effects aren’t noticed. Also, the relatively short duration is another reason why you don’t tend to see anabolic effects either, you would have to take them for a long period of time, and the dose would have to be upped to the miligram level, approximately 5mg, to actually see any of the aforementioned effects.

Without a doubt, the primary reasons that Mibolerone is a popular drug is due to its highly potent androgenic effects, in other words, its capacity to enhance and strengthen aggression. This is why it’s a popular choice of fighters, combat athletes, and strength athletes, too. For those that are used to high levels of competition, it’s very obvious what it can do in terms of its effects; this makes it incredibly useful and practical.

The primary reason anyone would use this sort of drug is, again, for the purpose of enhancing cognitive focus and aggression leading up to a fight or some other short burst, need-to-get-psyched-up type of contest. It’s very common athletes to take the drug to get more aggressive in the gym, but bodybuilders will use it at the end of a contest diet prep to get through those final weeks from a cognitive perspective. In bodybuilding, prep is very difficult, and in those last weeks where times tend to get toughest, there is always a need for that one last mental push, and Mibolerone is able to do that for them.