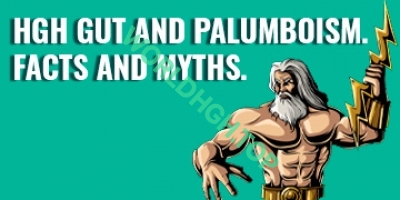 Stomach distension has many names – “HGH gut”, “Insulin gut” and “Palumboism”, as well as “bodybuilder belly” and “bubble gut”. This condition causes bodybuilders to look as if they have excess fat and heavy bloating around the gut. Let us learn about this condition and its symptoms, find out what makes palumboism different from  bubble gut and disprove some myths.

Excessive stomach distension around the midsection is a very common condition among bodybuilders. As its name suggests, people believe that it is provoked by HGH and insulin. The problem is pretty noticeable, especially in those who have a shredded body: two main signs are a wide waist and a bloated belly.

Palumboism, or the Dave Palumbo condition, is a condition that the ones who abuse HGH and insulin develop. The disease affects the midsection area and the limbs. It was first found in Dave Palumbo (see the picture), that’s where it names comes from. Professional athletes think it is a hormonal disorder, but it is still underexplored and there’s no research that would prove them right or wrong.

The history of bodybuilder belly

This has been a popular disorder among the bodybuilders of the 1990s and the 2000s. It is named after an professional athlete who is believed to be the first to have it. What makes this theory dubious is that he never talked about taking human growth hormone in his interviews, although he didn’t keep taking steroids in secret. May that be true or false, but the fact is that the other professional bodybuilders did widely use HGH and faced the insulin gut problem.

Another opinion on bubble gut condition is that not HGH, but the increase in mass itself provokes it. Can you see a drastic change in their muscle mass which was rapidly increasing within the decade (compare L. Haynee’s 110 kg to R. Koleman’s 138 kg)? The changes are really dramatic. Thus, the general idea is that your body naturally needs a bigger gut for such a big muscle mass. 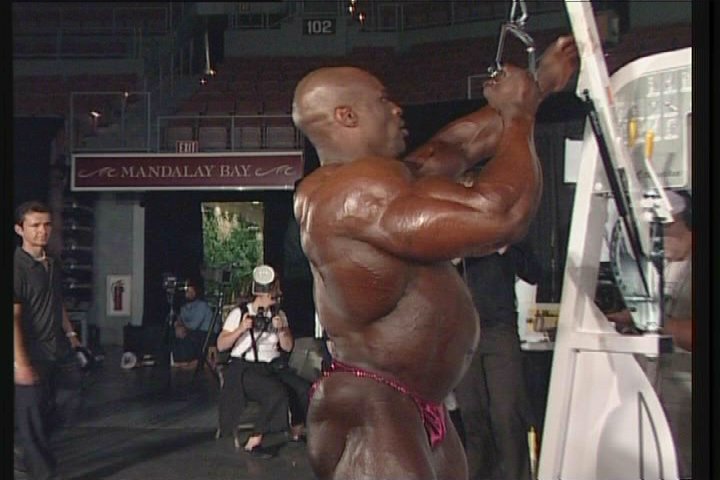 What probably cause HGH gut?

The body organs are believed to grow thanks to IGF-1 influence, but it’s not that simple. The other factors are:

As we can see, HGH intake doesn’t seem to be the main reason of bubble gut, while eating too much food obviously does. Also, many professional bodybuilders who use HGH don’t suffer from bloated gut, meaning that the drug intake isn’t the key reason. 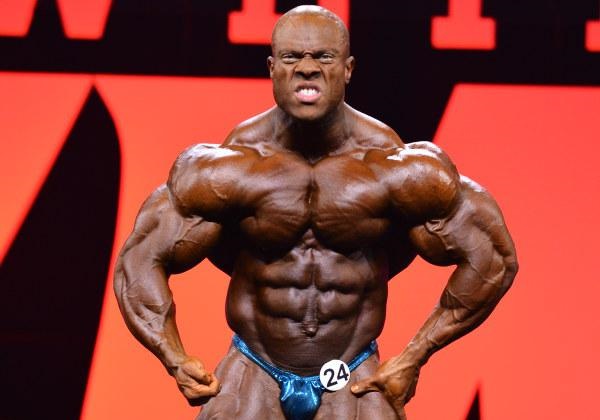 The first myth: you will have bloated gut forever

Fact: it all depends on your lifestyle. One can solve the HGH gut issue by eliminating the factors that caused it, and this is proved by D.Yates and P.Health (in the pic). Yates finished his career and got rid of the problem. P. Health suffered in 2013-2014 when he took part in Mr. Olympia, but let’s have a look at the pics dated 2015: he has normal gut size at that time.

One may conclude that the stomach has incredible elasticity and its size can alter from normal (1 liter) to large (6 liters) if it’s influenced by some factors. If the factors are eliminated, it can restore its initial size.

Fact: HGH was synthesized for the first time as early as in 1956 – that’s when it entered the markets and is became more and more available as the time passed by. It wasn’t a hard task to get HGH by the early 80s, and most of professionals definitely took this enhancer.

Then why no problems? Theoretically, the bodybuilders of 50s-70s preferred moderate dosages (or, probably, were limited by an extremely high price of HGH). This saved them from bloated belly issue.

The third myth: HGH intake will cause bloated gut no matter what the dosage is.

Fact: the use of HGH has been thoughtfully researched as a drug for anti-aging therapy, but no scientist has ever detected bloated gut as an adverse effect.      As it seems to be, moderate dosages don’t make your internal organs gigantic.

At this point, it might be interesting for you to learn about other side effects of human growth hormone - Follow the link

Does it mean Palumboism and bloated belly are avoidable conditions?

There’re 3 simple rules that can help you to prevent HGH gut:

Palumboism is a widely discussed, topical issue for those involved in bodybuilding. Many believe it to be a medical condition and its symptoms muscle wasting and bubble gut. It’s named after D. Palumbo who was the first person to experience this problems. Let’s have a look at his pictures and the changes that occurred in his physique during his career. As we can see, he had amazing physique as a young guy. Then something went wrong: his belly size increased and lost a lot of muscle mass.

Many people believe that Palumboism is a hormonal disease provoked by HGH used together with other enhancers.

The first myth to dispel is that Palumboism is a disorder.

The fact  is that there’s no scientific proof. The idea itself bases on a small number of cases.

Thus, Palumboism is probably a speculation.

The second myth is that HGH, insulin and steroids cause Palumboism.

The fact  is that many professional bodybuilders used insulin, steroids and HGH, moreover, they used almost the same dosages, but few sportsmen suffer from this disorder.

Thus, even if Palumboism is a real disorder, it is likely to be a genetically-grounded response to some enhancers.

The last myth to dispel is that Palumboism is a widespread problem among bodybuilders.

But the fact is that there’re few cases.

Although we can’t deny D. Palumbo had problems, the pictures of him in this condition were taken after his career was finished, thus, they aren’t representative.