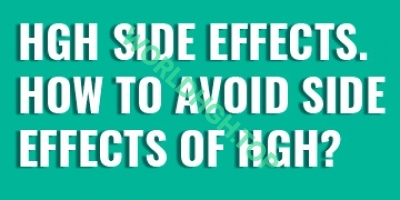 HGH adverse effects and the methods to deal with them

Like any other drug, HGH has its negative effects, but it’s possible to reduce them. Another issue is that some of them are just myths or too rare to be considered as a threat.

Using HGH can boost not only muscles, but also fluid. You will notice some swelling just several days after you start taking HGH. Although it’s a negative effect, it tends to be a positive sign as well: it means that your HGH injections work. The good news is that you can reduce it.

First of all, let’s find out why HGH retains fluid. The reason is that injections break the natural balance of the substances that control the amount of fluid. As a result, one of them – vasopressin – causes water retention.

This syndrome ranks next to water retention as one of the most widespread negative effects caused by HGH. It doesn’t last long, as a rule, no more than for a month. It causes pain, numbness and tingling in the arms and occurs because of pressure on the median nerve. This nerve runs through your carpal tunnel to the fingers (except for little finger) and controls them and their movement. If it gets squeezed or compressed, you may feel weakness in your hand, lose drip strength and feel paining or burning.

This effect isn’t only as widespread as fluid retention, moreover, fluid retention is what causes it. Although it doesn’t last long,  you can take B6 vitamin and other multivitamins to relieve it.

HGH and insulin taken as enhancers tend to increase blood sugar levels because they affect glucose metabolism. The other reason is that HGH fat burning effect – using fat as a source of energy, it ignores sugar and puts tension on pancreas that has to deal with increased blood sugar levels. That’s why taking HGH may lead to diabetes.

This risk is manageable. How to prevent it?

This negative effect seems to be one of the most dangerous and widely discussed. The main thing to know is that HGH itself doesn’t cause cancer or its recurrence . This is proved by the research carried out by PJ Jenkins [7]. But high level of IGF-1 can speed up tumor growth, if you already have any.

HGH use can cause a number of perturbations in thyroid function if the dosage exceeds 10-15 IUs. To reduce potential risks, you should take exogenous hormones.

There’re many myths about side effects that human growth hormone can cause. Let’s dispel the most common of them.

This myth is based on the fact that taking steroids suppresses your natural level of testosterone. But that’s not true for HGH, it’s not a steroid hormone. The scientists didn’t reveal any changes in natural HGH production after the cycle is over. According to the research held by GH. Y. Hashimoto [1], the human body starts to secret HGH in 24-30 hrs after the bodybuilder gets the last injection.

However, HGH drugs do suppress your natural HGH in the short run, but, as it has already been said, this effect doesn’t last for longer than 20-30 hrs from the moment of the last injection.

This myth has already been thoughtfully described in this article.

In a few words, HGH gut has a complex nature: professional bodybuilders take HGH together with other enhancing drugs (such as steroids and insulin) and eat huge amounts of food. All these factors together don’t only boost their muscle, but also boost their gut and make it bloat.

Other reasons are that professionals tend to use enhancing drugs for long periods of time (exceeding 6 months, sometimes – for years) and they need high dosages (ranging from 15 to 30 IUs). Thus, if you don’t abuse HGH and don’t overeat, you have nothing to be afraid of.

One more myth based on the effects produced by steroids. HGH and steroids are not the same type, but people somehow tend to mistake HGH for a steroid hormone. In truth, unlike steroids, HGH has no effect on either testosterone levels or your libido.

Once again, HGH is mistaken for a steroid hormone (just a friendly reminder: it isn’t). Since HGH has no effect on testosterone, it can’t provoke hair loss. On the opposite, it boosts collagen synthesis, thus helping to improve your hair.

Redness on the injection site is normal if it’s an immune response to HGH. But the reason may also lie in poor hygiene.

Following these simple rules can help you to avoid this issue:

Compresses can help to heal the itches if you have any.

Feeling tired after waking up and getting headaches

It’s not a common story. Most likely, the reason is the poor quality of used HGH. That’s why you have to pay attention to choosing a brand for HGH injections. Your financial situation is a key factor here. Those who are wealthy enough can afford such brands as Humatrop, Saizen and Genotropin. But, of course, there’re also cheaper options the quality of which is still high, let’s say, the following Chinese brands: Jintropin, Ansomone and Hygetropin.